Posted on May 28, 2018 by Working-Class Perspectives

Since the 2016 election, the working class has been repeatedly blamed in the news for electing Trump, though as many have argued, the issue of class is a far more complicated and often misunderstood category that defies such summary scapegoating.  But instead of ignoring the nuances that inherently define working-class experiences, scholars, journalists, activists, creative writers, and artists in the field of working-class studies have critically examined the subject of class and working-class life, placing it at the forefront of their work.  As past-president and this year’s chair of the Working-Class Studies Association’s Awards Committee, I had the pleasure of assembling works published in 2017 for our five awards.  More than a dozen scholars from nine disciplines reviewed the nearly 70 nominations. On behalf of the WCSA, I wish to extend our deep appreciation to these judges for their time and especially for their thoughtful responses.

The nominees for the Studs Terkel Award for Media and Journalism brought to light many issues that remain obscured from mainstream news: how contract-for-deed sales impact Chicago’s communities of color, the activism of Oakland longshore workers to combat Trump’s anti-labor agenda, the deceptive practices of guest-worker programs in recruiting foreign students majoring in STEM-master degree programs in the U.S., as well as  personal narratives detailing the demands placed on drivers in a rapidly-changing trucking industry and what it is like growing up as an Arab-American woman in the Rust Belt. In reports on a wide range of workers, from the Carrier furnace plant workers in Indianapolis to the housekeepers working at Harvard University, journalists have documented the ways in which working-class people remain exploited by exploring the intersections among race, gender, region, and class.  Judges agreed that Lizzie Presser’s “Below Deck,” published in The California Sunday Magazine, is a powerful example of investigative journalism detailing the exploitation of Filipino laborers on U.S.-based cruise lines like Carnival, exposing how “labor has been reconfigured and re-racialized in our contemporary global economy.”  One judge wrote, “Presser’s piece is a real feat of gorgeous writing combined with painstaking research, and sheds light on the dark side of an entire industry. I was especially impressed by the thoroughness of the reporting, as it was clear that she put in significant time in the Philippines searching out current and former workers, and her ability to sift through what must have been mountains of legal documents, complaints, etc., to emerge with an engaging narrative about a single man that includes so much more.” 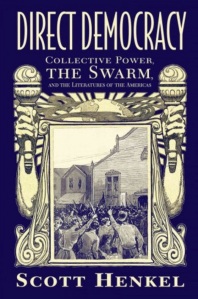 This year’s nominations for the C.L.R. James Award for Published Book for Academic or General Audiences reveal the breadth of our interdisciplinary field with books exploring oral health and social mobility, the resurgence of craft and trade work in today’s post-industrial labor market, the privatization of retirement pensions, U.S. working-class women’s writing in the antebellum period, migrant farmworkers’ work conditions, and how  race and masculinity shaped the early labor history of Cubans in New York. From trade unions and working-class inequality in Palestine during the 1920s and the evolving cultural history of coal mining in Yorkshire to chicken processing plants in North Carolina and the ongoing working-class movement in Turkey, these studies span the globe, bringing the fight for worker justice and equality sharply into focus. Scott Henkel won for his book, Direct Democracy: Collective Power, the Swarm, and the Literatures of the Americas, an examination of labor and racial resistance emerging out of the Haitian Revolution through the long nineteenth century. In their comments, judges praised Henkel for “outlining a new approach to the role and potential of collective action and the concept of power to analyze a variety of intersecting class struggles that have traditionally been viewed within distinct racial and gender boundaries,” adding “his interdisciplinary approach combines literary and historical analysis in a way that brings alive the complexity and interconnectedness of a variety of struggles for basic human rights.”

David Roediger’s Class, Race, and Marxism, a collection of recent and new essays, also won in this category.  One judge wrote, “Roediger has spent a lifetime addressing the complexities between the constructs of class and race, and this book is a culmination of what he has discovered over those many years. The introductory essay, ‘Thinking Through Race and Class in Hard Times,’ should be required reading for anyone trying to understand the era of Trumpian politics. Roediger has a writing style that draws one in, even when talking about difficult subjects. This is an important book, with lessons that some may wish to ignore, but at their peril.”

The John Russo & Sherry Linkon Award for Published Article or Essay for Academic or General Audiences also covered a wide range of material, including the lives of working-class academics, Puerto Rican farm labor migration, the role of Italian radicals in the Mexican Revolution of 1911, and gentrification to name a few. This year’s award goes to Liza Sapir Flood for her essay, “Instrument in Tow: Bringing Musical Skills to the Field” published in Ethnomusicology.  Flood explores “ethnographic methodology in the context of a working-class amateur country music scene in eastern Tennessee.”  As one judge noted, “she fruitfully explores the intersections of class and gender and brings them together in the theoretical framework she uses to analyze her experiences in the field.”  Another offered this praise: “Flood’s essay is an elegant and surprising analysis of a specific ethnographic situation, the nature of ethnography, and the assumptions researchers bring with them to the field. At the essay’s start, a reader is led to expect a study that is relatively traditional in its methodology, but by the essay’s end, Flood has delivered insights about the project’s case study, about the role of a scholar, and about the ends of scholarship itself.”

The winner of this year’s Tillie Olsen Award for Creative Writing is David Joy, for his novel, The Weight of This World.  Set in rural Appalachia, the book, as one judge describes it, takes “a raw look at the lives people live when left with very little kindness or opportunity, and few options. It’s a powerful, pointed narrative that’s hard to read, but harder to turn away from.”  Another commented, “The Weight of This World is a testimony to the power of love, friendship, and many hungers leftover from childhood.  Pain bubbles up and spills, entering our senses, not like ash, but like a terrible ache in the jaw-dropping world of these troubled characters.  A master storyteller, David Joy’s on-the-fringe people become visible, so alive their deeds impale themselves into our hearts long after the final page.  It’s a world we’d rather not see, ledgers about settling scores and carrying secrets. It’s a compelling narrative driven by whispers and screams that show our deepest wounds in a night where no mother comes.”

Two awards were given for this year’s Constance Coiner Award for Best Dissertation for their significant contribution in advancing future directions in working-class studies.  The first goes to Steffan Blayney for “Health & Efficiency: Fatigue, the Science of Work and the Working Body in Britain, c. 1870-1939.”  One judge concluded, “Blayney has written a history of a commercial science and professionals’ contribution to managing the worker as a body to be fragmented, controlled, and so optimized for the extraction of surplus value. . . .  this dissertation topic, in its capable, de rigeur execution, suggested exciting paths forward for scholarship.” Simon Lee’s “Working-Class Heroics: The Intersection of Class and Space in British Post-War Writing,” the second winner in this category,  elicited the following praise: “In surveying British working-class ‘Kitchen sink’ literature, Lee finds that post-war British writing expresses a contingency of being in opposition to pre-war working-class solidarity. Paying contemporary theoretical respects to the structuring agency of the manufactured and owned material world, Lee submits a classic contribution to the great Atlantic tradition celebrating the restoration of a universalist cosmopolitan cultural viewpoint, highlighting the freedom and humanity in cultural distinctions.”

Congratulations to all the awardees and also to those whose work was nominated.  Together, they show how the multi-dimensional and complex field of working-class studies is not simply about the white working class in the U.S., but inclusive of the varied experiences of working-class life and culture both past and present.  Working-class studies draws strength from its intersectional, interdisciplinary, and international focus, and these works explicitly give voice to the working class in ways that are difficult to ignore. As the WCSA prepares to honor these awardees at its annual conference in June, I encourage you to consider adding these titles to your summer reading list.

Michele Fazio is an associate professor of English at the University of North Carolina at Pembroke and is currently co-editing, with Christie Launius and Tim Strangleman, the Routledge International Handbook of Working-Class Studies.  Her research centers on the intersections among ethnicity, gender, and class with a particular focus on Italian American labor radicalism.

1 Response to Class at the Forefront: 2018 Working-Class Studies Association Awards