Profiting from the Working Class: How the Opioid Epidemic Echoes the Mortgage Crisis

Posted on June 5, 2017 by Working-Class Perspectives

For the second time in a decade, a group of Fortune 500 companies are engaged in a con game that is devastating working-class families and the communities in which they live. The first scam, which involved predatory lending and the sale of worthless mortgage-backed securities, led to the collapse of the U.S. housing market and the near-meltdown of global financial markets in 2008. In its wake, nearly ten million American families lost their homes, millions more lost billions in equity and were left broke and hopeless. Many of the victims are still struggling to rebuild their lives today. 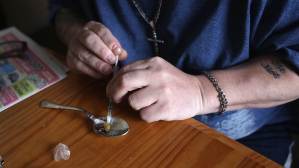 As with predatory mortgage lending, the ongoing opioid and heroin abuse epidemic began quietly and went undetected by regulators and law enforcement officials until evidence of the carnage it was causing began piling up at their feet. One of the most widely-discussed reports came from economists Anne Case and Angus Deaton, who identified rising death rates among middle-aged whites, especially those from the working class, tied in part to overdoses. And while the housing crisis and the opioid/heroin epidemic were both spawned by corporate greed, there’s one significant difference: the victims of the drug epidemic aren’t attempting to rebuild their lives. They’re dead.

The similarities between the two scams are striking and disturbing. Like the bankers who created the mortgage crisis by marketing unsustainable investment tools that exploited homebuyers, the pharmaceutical companies that manufacture opioids engaged in a concerted and highly successful effort to convince physicians and pharmacists to hand out dangerous and highly addictive drugs, including OxyContin and Vicodin, as if they were jelly beans.

How successful was that marketing campaign? Very. As the Charleston Gazette-Mail noted in an explosive report on the epidemic, between 2007 and 2012 pharmaceutical companies sold 780,000,000 hydrocodone and oxycodone pills in West Virginia. That’s 433 pills for every man, woman, and child living there. Ohio, Pennsylvania, New Jersey, Florida, and New York have also been flooded with these drugs.

The drive to convince doctors that opioids could be safely prescribed for the long-term treatment of chronic pain without substantial risk of addiction was led by Purdue Pharmaceutical, the manufacturer of OxyContin. As reported in the American Journal of Public Health,  Purdue funded self-serving studies that produced fudged data, distributed that data to thousands of physicians, pharmacists, and nurses during conferences held at luxury resorts, more than doubled its sales force, and paid reps who produced increased OxyContin sales $40 million in bonuses. As a result, Purdue’s owners, the Sackler family, jumped to Forbes Magazine’s list of America’s wealthiest families with a net worth of over $14 Billion at the end of 2015.

Two other factors also contributed to the exponential growth in opioid sales. First, Purdue concentrated its efforts in regions of the country populated by blue-collar workers and the economically disadvantaged because they assumed that patients in those areas were less educated and more likely to place blind faith in medical providers. The Gazette-Mail series on the epidemic demonstrated the companies were correct. While opioid addiction has increased in all demographic groups, the Centers for Disease Control reports the largest increase among whites who earn between $20,000 and $50,000 a year.

But the epidemic was also made possible by the total failure of regulators to recognize what was happening. Despite rules requiring drug distributors and pharmacists to report unusual orders of controlled substances to regulators, billions of pills continued to flood markets across the U.S. for years. No one said a word until the bodies began to pile up and the evidence began to show growing addiction rates among middle-class whites. When regulators did finally act by cracking down on doctors who were over-prescribing pain meds, many addicted patients turned to heroin dealers.

Anyone who has read The Big Short or seen the movie that chronicled the mortgage lending scam will recognize the tactics used by Purdue and the other pharmaceutical manufacturers: create a market for a faulty product, pay once-responsible people lots of money to foist it off on unsuspecting customers, and sit back and reap billions in profit. But the consequences are quite different: victims of the former lose their homes, victims of the latter lose their lives.

It is possible, however, that the U.S. Justice Department will treat this scam differently. In the aftermath of the 2008 housing meltdown, not a single senior banking executive was indicted, convicted, or jailed for the massive fraud committed on the American public. Instead, the feds spent billions to bail out the finance industry and offered only slight assistance to the millions of Americans who lost their homes, their savings, and their dreams.

State attorneys general filled the vacuum by launching investigations and filing civil lawsuits that the U.S. Department of Justice eventually, albeit reluctantly, joined.  While many of the largest banks paid billions in fines and penalties using bailout money supplied by the very taxpayers who had been defrauded and funds that should have been distributed to shareholders, the Obama Justice Department and Attorney General Eric Holder declined to prosecute anyone.  The cozy relationship between Wall Street fraudsters, regulators, and prosecutors, symbolized by Holder’s post-AG work at the white shoe law firm of Covington and Burling, discouraged criminal enforcement efforts that many legal observers say should have been initiated. As a former Senate investigator put it, “Everything’s fucked up, and nobody goes to jail.”

Not surprisingly, homeowners were stunned and outraged when they learned that the billionaires who had stolen their houses were allowed to walk — or Lear Jet or yacht — away scot free.  It’s also not surprising that many of these historically Democratic voters were excited by Donald Trump’s promise to hold Wall Street accountable for raping Main Street.

The Trump administration and AG Jeff Sessions have the opportunity to do better. As evidence of a major corporate fraud piles up and as overdose rates increase in big cities and rural communities in Ohio and other states, Sessions must decide whether to prosecute the corporations whose actions caused the epidemic. So far, despite a professed desire to reignite the war on drugs, the president and his AG have been silent on the matter.

That is why we were encouraged when Republican Ohio Attorney General Mike DeWine, at the urging of Democratic elected officials and the plaintiff’s bar, recently filed suit against the pharmaceutical companies responsible for Ohio’s severe opioid crisis and resultant deaths. The theory of the case is obvious: drug companies, led by Purdue, systematically and intentionally used fraud and deception to convince doctors, third party payers including the state’s Medicaid program and Worker’s Compensation System, and patients that opioids were safe and effective.  As a result, patients became addicted to opioid medications that contain the same active ingredient as heroin, which put their lives in danger.

While we applaud DeWine’s decision, and we’re glad he included a Racketeer Influenced and Corrupt Organizations (RICO) claim in the suit, the foreclosure crisis taught us that the Federal Bureau of Investigation and the United States Department of Justice are the only law enforcement agencies with the resources and power to pursue and prosecute a case that involves a massive fraud that impacts the entire nation.

Unfortunately, Sessions and the DOJ appear to be focused on prosecuting and jailing street-level heroin dealers and users rather than the executives at Purdue and the other opioid manufacturers who knowingly touched off the deadly heroin epidemic. This strategy isn’t just doomed to fail, it echoes the Obama administration’s decision to lockup low-level mortgage brokers but allow Wall Street executives to cash million-dollar bonus checks and head to the Hamptons for the summer.

We remain hopeful that Sessions will surprise us all by deciding to criminally prosecute the pharmaceutical executives who created the opioid crisis. If he does, a clear and for once positive distinction will be drawn between the Trump and Obama administrations. But if he doesn’t, if he instead prosecutes the men and women in blue jeans and plaid shirts who are buying and dealing heroin rather than the bespoke suit-clad executives who set them up to become drug addicts, the Trump administration will be repeating the mistake made by Obama’s with one stark distinction: they’ll be letting murderers off the hook.

And that’s certainly not the way to make America great again.

Marc Dann served as Attorney General of the State of Ohio and now leads the Dann Law Firm, which specializes in protecting consumers from various forms of predatory financing. Leo Jennings III is a leading Northeast Ohio political consultant and media specialist.

5 Responses to Profiting from the Working Class: How the Opioid Epidemic Echoes the Mortgage Crisis